Natasha is in her 21st week. 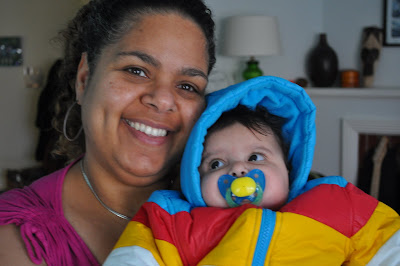 And the Bubble Project is in its 11th week: Holly Park! 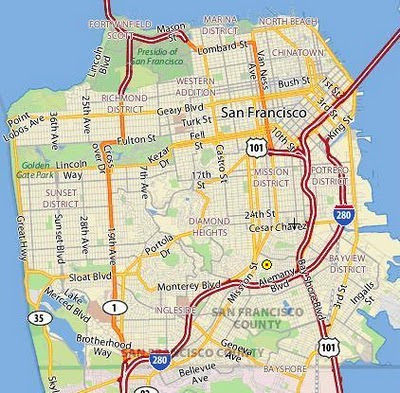 OK so, those of you who grew up with Sesame Street maybe singing, "One of these things is not like the others..." and you'd be right: Holly Park involves far fewer steps, far less elevation and lovely but much more humble views than the previous spots. Frankly, I was tired of walking so far up, I have a new client at 8:50 Monday mornings so I didn't want to be pressed for time...and I really wanted wide open spaces to allow for some revealing shots of the amazing bubble conglomerations that are produced by the bubble arrays I've made (following first a design of Keith Michael Johnson's and then elaborating on that by increasing the scale from 1 yard loops to 3 yard loops, and, finally, adding more rows below the top one as suggested by Bubblesmith Sterling Johnson--whose giant tri-string can be seen in the Bernal and Mt Davidson videos btw. Thanks guys!)

I arrived late--had only about 30 minutes to bubble--and was startled by a wind shortage. That's what I get for not going up very high. Yet when I arrived home and looked at the footage, I was stunned to see sights I've never seen before. It's important to me to assert that none of the bubble colors are altered in the videos--I don't even mess with exposure except in establishing shots of locations, which sometimes are less than stellar because my only camera with a zoom lens is not HD but old school digital tape, so it can look a little washed out. But if I use bubble footage from it, washed out it stays. I use that one to capture the more glassy, ephemeral stuff where the shapes of the bubbles themselves are more striking than the colors. The HD cameras are great for the amazing intricate hues we see in the sort of honeycomb conglomerations of bubbles that come out of the arrays. I practically choked when I saw the low-angle vivid bright green and yellow kaleidoscope revealed in a few of the shots with Eucalyptus trees behind the bubbles. That was a new one for me and I hope other people enjoy it, too. It was also fun to stumble on an ending piece when I noticed the oddly satisfying bubble bombs descending into the grass in the last shot. Next I have to find a better way to mount a camera on the wands or mount one high so bubbles can avoid the ground but I can still get a shot from right next to the array, with kaleidoscopic effects in the foreground and huge lazy bubble clumps slowly descending in the background. The pole-mounted camera in this video is just too darn shaky and the footage doesn't really fit the aesthetic--I discarded about ten times the amount you see in the movie, which was sad because it was breathtaking...and nauseating, so...hadda go.

The goal was to capture lotsa big bubble structures and I think mission accomplished! So it's on to Buena Vista Park (back to trekking up hills, sigh) where I'm not sure what I'll do...but it'll probably involve soap and water.