Birthday Bubbles from Around the Globe!!!!!

For my birthday I'm asking bubble friends (and 'regular' friends and family, too) to blow me a bubble, point at it so I know which one's for me, and send me a picture. So far I have these (keep checking back!) Woohoo! You should do it too! I can't begin to express how happy this makes me :) !!!
(click photos to enlarge--you won't regret it!)


Louis Pearl in....Louis Pearl land, USA? Where are you, Louis? That's a bona fide jellyfish bubble, btw. update: Louis is in Sebastopol, CA, apparently making him a Sebastopudlian... which you shouldn't say in mixed company, methinks. 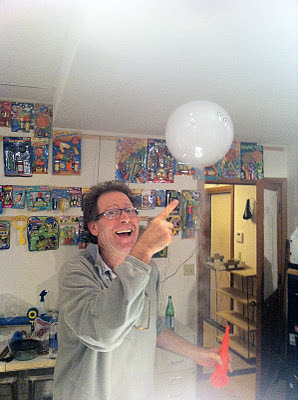 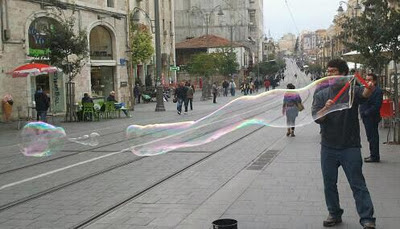 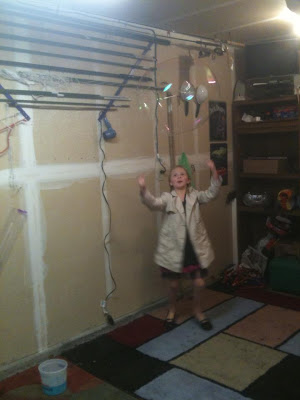 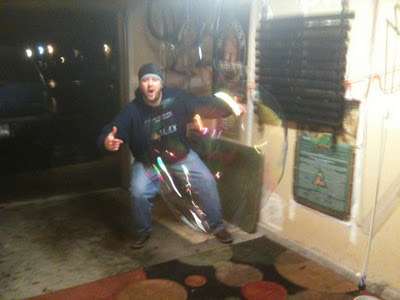 Todd K in Hawaii wins the award for the most cooly understated "point" maneuver (and some stellar garland action). Thanks Todd!


Bryce Miyauchi in Hawaii! A major mentor and long-distance chum of the first order. Lovely, Bryce! 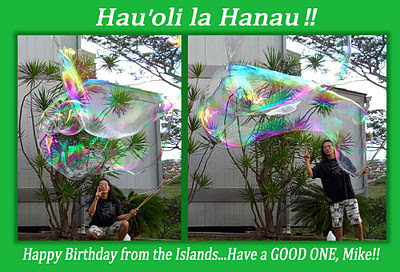 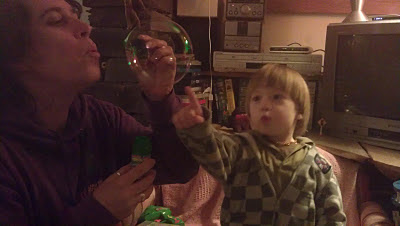 Mike R in NoCal! This made my morning, Mike :) 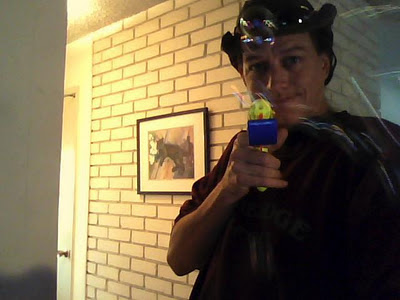 Circobalena Balena in Messina, Italy! Or thereabouts, with a fantastic net!!! Oh, thank you!!! 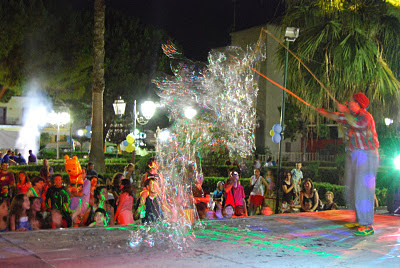 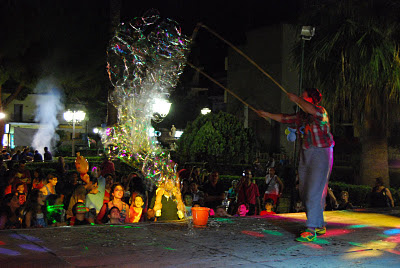 Jasmin Belay in Vienna! Great picture, Jasmin and thanks for the kind wishes, too! 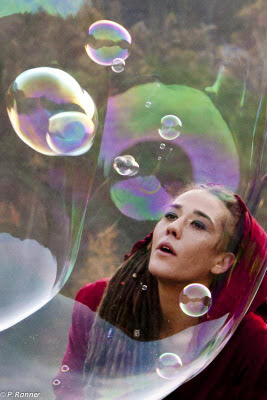 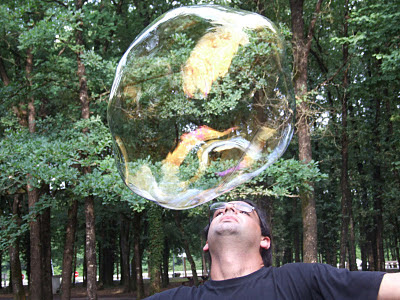 Emily Miller and the 4th Chiller (due 5/12) from Oakland (temporarily brightening the West Bay). I love you both! 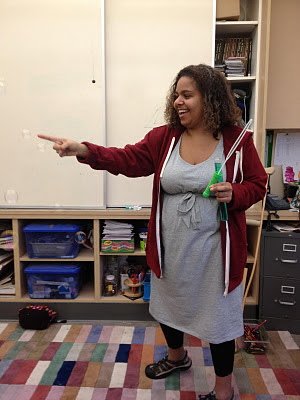 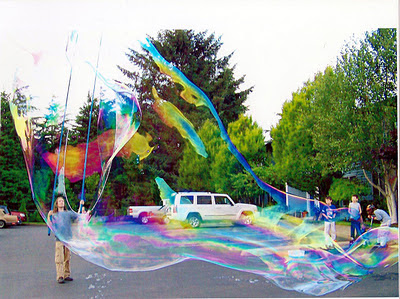 Julie in Texas broadens the scope for the good of all. Standing ovation. :) 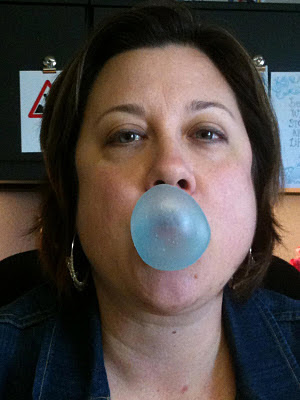 Marilyn Doyle from Minnesota sends a double winner: herself in a bubble... made by Louis Pearl! 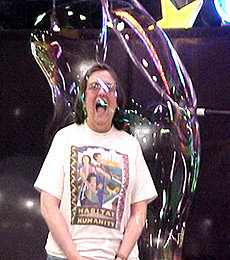 Teresa in Redwood City sends along this gem. Thanks Teresa! Lots of goodness going on in that picture :) 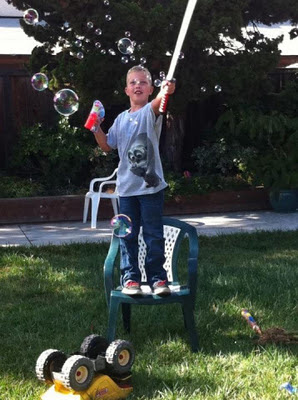 Andrew in the Philippines lent me a birthday Bubble-in-a-bubble-in-a-bubble video. The honor is mine, sir!
Felix in San Francisco came through with a classic! Thanks Felix, it means a lot to me! 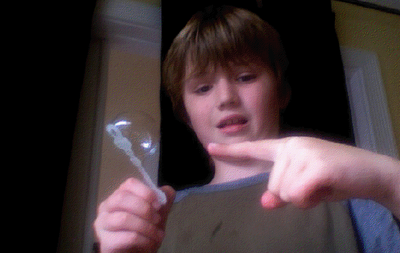 Edward Smith in Cincinnati! Oh what a lovely way for ME to wake up this morning! 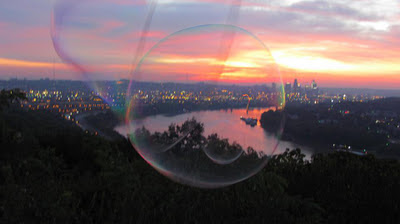 Geoff Akins made me a video in the middle of a bubble show and he managed to put ME in a bubble from 2,130 miles away! Now thats a Bubble Wonder!
David Erck in Michigan sends one that deserves a close look! Wow, David! 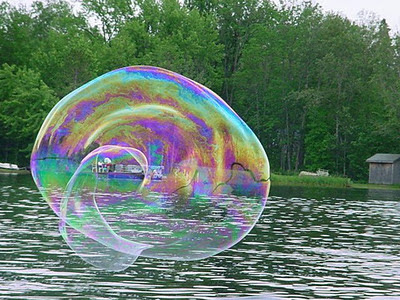 Sly in France with the singing and the colored bubbles and the personalized titling?!?! Incroyable! Magnifique! I am touched and grateful.
June in Worcester offers up bonus gnomes! Ah, bonus gnomes. My favorite. 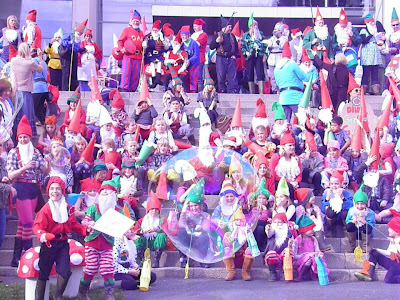 And Thomas sends frozen bubbles from Munich to make the joy last... ;) Hooray! 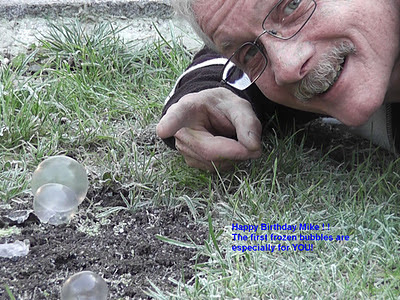 Jonny in Catania, Italy sent two fantastic ones--and the shirt makes me almost as happy as the stellar bubbling! 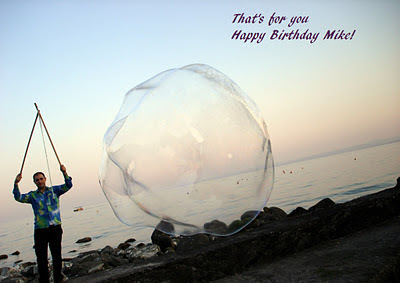 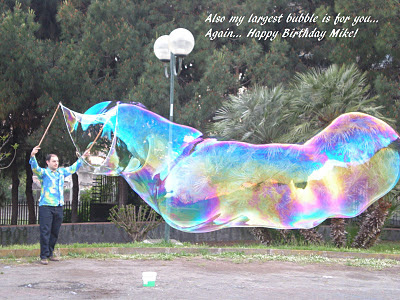 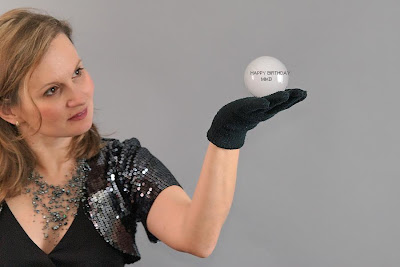 Catherine Armand in Paris sent hand-blown bubbles she made near the Sacré Cœur. Very nice, Kate, thank you! 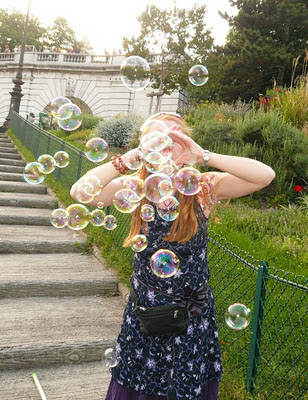 OK. This is Felix Cartagena from Colorado. This one is very special to me. It may be my name as the "creator" of the Soap Bubble Fanciers Yahoo group...but I basically planted a seed and shrugged and walked away. It was Felix who watered it and tended it for its formative years and then a core of die-hard bubblers who really stuck with him and SBF to make it what it has become. I stepped back in years later and went, wait, what?! I love this!...and learned everything I know from the community that had grown there, mostly without me, while life happened with very few bubbles around me for several years. Felix says all the bubbles in this picture are for me. Thank you, thank you, thank you Felix. 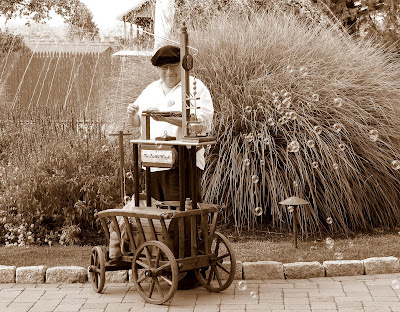 Brian Lawrence in San Jose said he didn't have a picture but...would I test some equipment for him? And he proceeded to drop off a fantastic set of custom connectors and a lightweight loop --which he likes to call a "whisperer"--with extra juice-holding top string. Fantastic! And when I tried to return it, he said I was meant to keep it. Aw twist my arm, Brian! Thanks SO much.
Brian is another key player in making me the bubbler I am today. I was bubbling at Daze 1 with Dawn and water and he said casually, "here try some of this" offering some of his solution, and my mind was blown and my life began to change...

Ian Jarick from Sydney, Australia sent this one! I particularly like the colors on the top and the frustration I like to imagine having been engendered by the attempts to employ the candle and lighter :) ...Thanks Ian!!!! 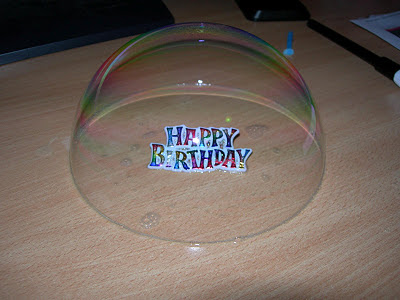 (seriously, click to enlarge any of these. They're much better that way and Blogger arranges it as a slideshow for you!....and send your own, anytime, via e-mail or to my wall on Facebook!)
Posted by PopArtMike at 4:13 PM No comments: