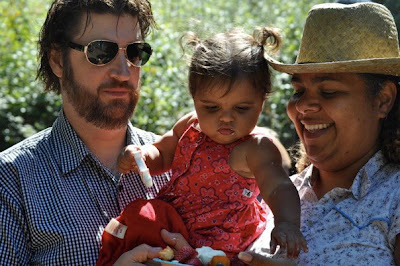 Watch for some new equipment designs coming soon...
And that pro-shoot shoot made me realize that I REALLY want to make my next video! So, coming soon....!
Posted by PopArtMike at 10:58 AM No comments: Links to this post

Celebrate San Francisco with me!

In this photo, Natasha is almost in her very last week of being zero years old!!! 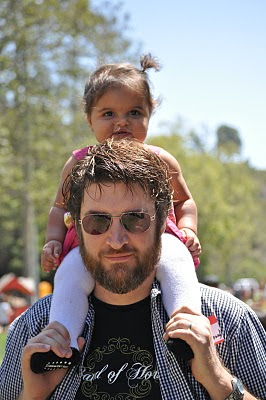 And I, of course am wearing my "Island of Hors d'oeuvres" t-shirt while we wile away the hours in Ventura, CA...

I just dropped off the Bubble Project Loop DVD and player at the Mission Cultural Center! You should come see the show! 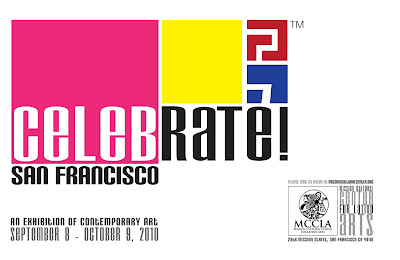 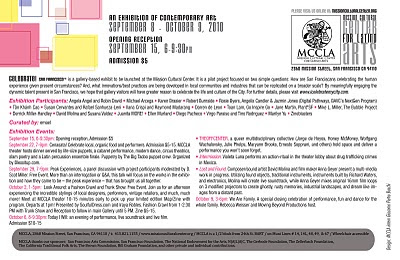 Thanks to Jeremiah for the great picture they used on the website!
And thanks to Sterling for being so understanding when I called him with my best Barry-White-swallowing-gravel imitation and said I was too ill to do our long-awaited video shoot in Sutro Heights Park.
Ack!
I'm hoping for...mid-September to try again...?

The bubbles WILL descend from the Sutro Heights to the Ocean Beach. They will; I swear!
Posted by PopArtMike at 8:35 PM No comments: Links to this post